Applications never be static, they needs to have dynamic functionality. Getting the input from end user, retrieving the data from database, processing on it and then showing the result on user scree. This is what expected from an application. In Salesforce, SOQL language is used to retrieve the data from database. You may face a scenario to retrieve the object records if a particular field value is having ‘XYZ‘ as text. This is where the LIKE keyword is used in SOQL. In this topic, we will try to cover almost all possible scenarios with LIKE keyword.

This is the pretty straightforward scenario we can say, to find such accounts, we need to write SOQL query as follows:

Lets move towards some advanced scenarios.

This is something we can call dynamic query, because we need to find the accounts based on the word entered by user on UI.

Lets say you have declared and using the apex string variable “SearchKeyword” on visualforce or lightning component. When user enters the keyword and click on submit button, this variable will be holding the value of keyword.

To query all such accounts which is having the keyword in its name, we ofcourse need to user like query. But does the following query will work?

No its not, you have to append “%” from both sides. To do that, following needs to be done in apex:

Now to find the list of accounts in which name contains any of the text present in the above list, we need to write SOQL query as:

Query will automatically compile even if its a single string or the list of string.

We have seen scenarios which gives results of having a keyword, but what if we need the results which do not have the keywords. In this case with need to use NOT along with LIKE operator in SOQL.

The query will become:

Placement of “%” character also plays important role to give you the results based upon the need. There are following scenarios with % character Subscription based monthly start and end dates between two dates 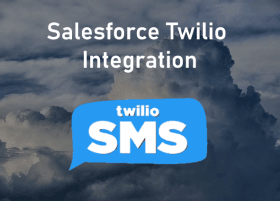